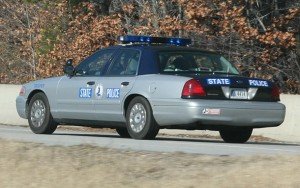 Virginia State Police are investing a motor-vehicle crash on I-66 in Warren County in which a Nokesville man's vehicle struck and killed a pedestrian, after colliding with a tractor-trailer.

Trooper K. Orr is investigating a two-vehicle fatal crash involving a pedestrian in Warren County. The crash occurred on December 4, 2019 at 5:45 a.m. on Interstate 66 at 11-mile marker.

According to State Police, a 2005 Toyota Sienna minivan was traveling west on I-66 in the right lane when the driver lost control and collided with a 2016 Freight-liner tractor-trailer that was traveling in the left lane. The impact caused the Toyota to run off the right side of the interstate and strike a pedestrian standing on the right shoulder.

The pedestrian, Oscar Fernandez, 60, of Alexandria, Va., had been involved in an earlier two-vehicle crash at that same location. He died at the scene. Fernandez’s remains were transported to the Office of Chief Medical Examiner in Manassas for an autopsy and examination.

The driver of the Toyota, a 58-year-old male from Nokesville, Va., was treated on scene for minor injuries. He was wearing a seatbelt.

The driver of the tractor-trailer, a 68-year-old male from Temple, Penn., was wearing a seatbelt and was not injured in the crash.

Slick road conditions were factors in the cause of both crashes. Both crashes remain under investigation.

Anyone who may have witnessed either crash is encouraged to contact the state police at 540-662-3313 or area13@vsp.virginia.gov