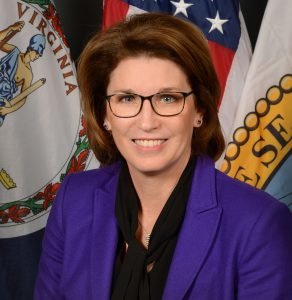 "Chair Ann Wheeler opened the door to discussing intensive commercial and industrial development in the county’s rural open space, affectionately known as the Rural Crescent, Wednesday, with a directive to review its use in the County's Comprehensive Plan," said Supervisors Jeanine Lawson (R) in a letter to Bristow Beat.

The Prince William County Comprehensive Plan directs land-use in the county for the next twenty years; although it is subject to change.

"With recent public conversations about building 800 acres of data centers next to Manassas National Battlefield Park, this is just one more step in the effort to pave over the green open spaces of Prince William County," said Supervisor Jeanine Lawson.

Chair Wheeler directed staff to look at the Comprehensive Plan"comprehensively," considering multiple land uses such as commercial, industrial or higher-density residential in all areas.

But Lawson immediately objected, saying she would not welcome any industrial or commercial use in the the Rural Crescent. And with the Rural Preservation Study going to the Planning Commission, Lawson said it would be better to plan in unison. She asked Wheeler if she wants to use the preservation strategies outlined in the study.

“No, I think preservation tools would be great," said Wheeler. However, she said does not want to simply rule out commercial or industrial uses as they look at the county "holistically."

Wheeler's directive, which was seconded by Victor Angry (D-Neabsco), passed 5-1. All the Democrats on the board supported it. Republican Supervisors Yesli Vega (Coles) and Pete Candland (Gainesville) were absent.

“I will continue to defend the protection of our rural area with the vast bipartisan support of county residents," said Lawson in a statement. She is concerned others on the board may not share that objective.

"The Democrat Supervisors, led by Chair Wheeler, profess to caring about our environment and yet their votes demonstrate their intent to destroy it. The environmentally sensitive rural parts of our county provide green space and drinking water to our entire region. This destruction was unimaginable two years ago when protecting the rural area was a bipartisan effort of the board. It is time for my colleagues to start listening to county residents again. We appreciate the diversity of our landscape that the rural area brings to our county. This assault on the Rural Crescent needs to end.”

The crescent's land has been designated agricultural and rural residential, and protected from most development since 1999. New homes are to be built only on 10-acre lots (which a few loopholes.) Keeping sewer out of the rural crescent was one tool to limit new development.

Opinions differ as to whether the crescent should continue to be protected, and if so, to what extent. Large scale agricultural enterprises are all but gone. Many large land owners would rather sell to developers. And there is demand for new homes, commercial and industrial uses, such as data centers, all over the county.

Some supervisors feel that other districts should not have to bear the burden of development when land in the Rural Crescent remains untouched.

In January, the board approved a residential development in the Coles District within the Rural Crescent that does not adhere to the land use police, although it did grant the county acres of open green space to be preserved. Lawson criticized the decision.

"Chair Wheeler and her fellow Democrat Supervisors ignored the pleas of hundreds of citizens and removed 146 acres out of the Rural Crescent to rezone and allow three times the number of homes. Since then, we have seen numerous statements by certain supervisors that show a disdain for the rural area, and a willingness to pave over our green space," Lawson said.

While Lawson has not been 100% in favor of the recommendations made by the study, she said she did approve of most of the preservation tools.*

"I've always been supportive of PDRs (purchase of development rights) as a preservation tool and I voted to study TDRs (transfer of development rights)," said Lawson in a message to Bristow Beat. "There's  only one preservation tool under consideration that I have never supported and voted against it.  So I have been in favor of certain recommendations.

Lawson thinks it would be a mistake to not protect rural Prince William for a myriad of reasons.

"Adding more homes to the Rural Crescent overcrowds our schools and roads. Building large industrial centers with hundreds of acres of impervious surface will continue to hurt our watershed in environmentally sensitive areas; and destroy the scenic vistas of our national parks and battlefields. It is time for my colleagues to put the environment and county residents over their political donors," Lawson said.

Bristow Beat is reaching out and welcomes responses from Democrats of the Prince William Board of Supervisors.

*This line has been added as clarification. The original draft said that Lawson was not in favor of the recommendations in the Rural Crescent Preservation Study.