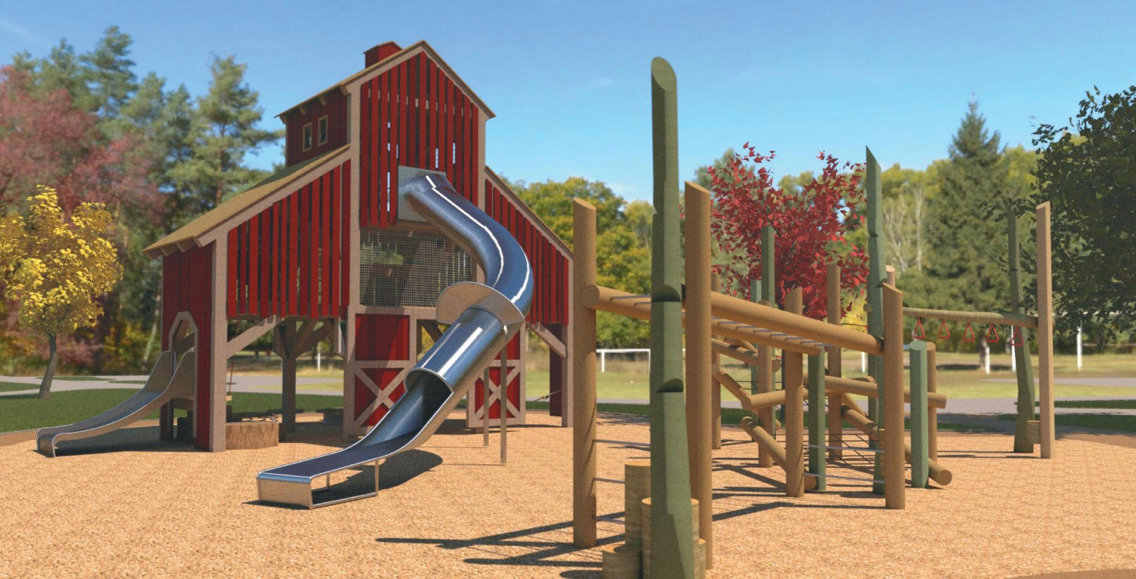 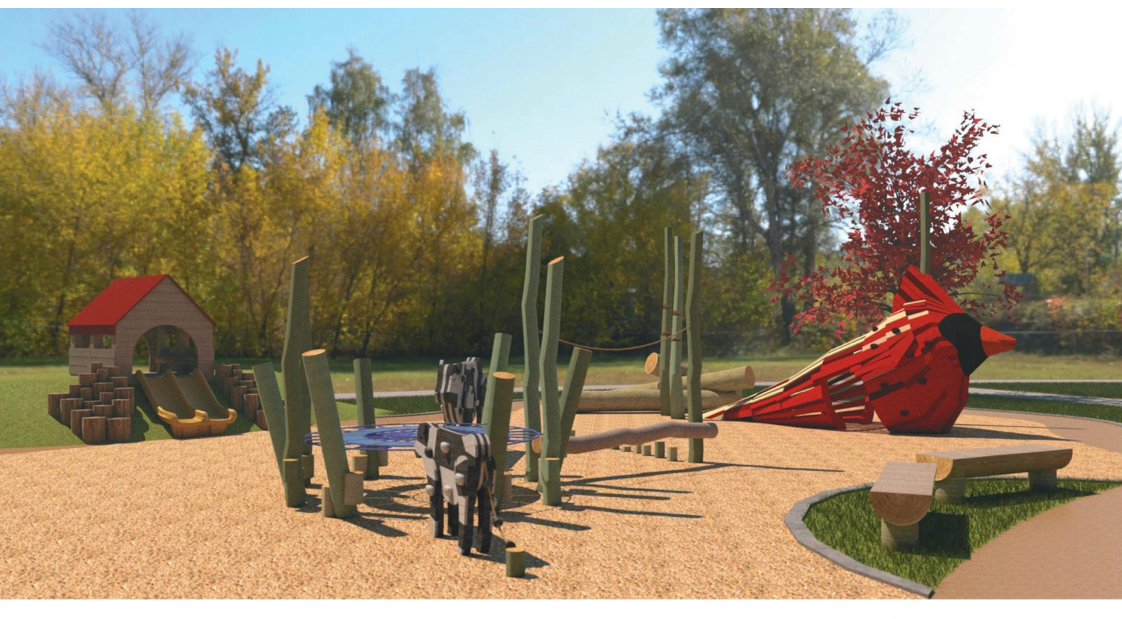 The 70-acres park will to be located on the west side Rollins Ford Road near the Vint Hill Road intersection in Gainesville, on the edge of Nokesville. It is intended to be a regional “destination” park.

Ground breaking for the park is planned for the spring of 2022 and the park is expected to open in fall of 2023. Parks & Rec. believes it will be a 18-month process.

The park will be multi-use with something for everyone: children, teens, adults, and even pets! It will include include two multi-use field for sports such as soccer, lacrosse and field-hockey;  a large theme playground; a dog park; and walking trails.

It will also have bathrooms, a parking lot and an attractive storm water management system. The park is easily accessible from Gainesville, Bristow and Nokesville, and is also close to the Fauquier County line. There will be one entrance along Rollins Ford Road.

The playground is farm themed in recognition of the rural area which borders the park. The them includes a farm-house and a red cardinal, a regional bird and the Gainesville High School mascot  It will include swings, jungle gym and slides.

The park trails will eventually connect to the Prince William County Broad Run trail system, which is ideal for walking, running and trail biking. The trail runs along side the Broad Run. It begins in Victory Lakes, Bristow, and extends along Sudley Manor Drive and Linton Hall Road connecting to various neighborhoods paths along the way. The trail will be extended to along the  southend of the Kingsbrooke neighborhood.

Rollins Ford is also lined with bike paths that extend to along Linton Hall Road, which also has a bike path in both directions often utilized by families.

There will be no lights at the park as it is not intended for night use such as after-dark practices and/or games.

The park has been in the works for nearly a decade, but the plan for the property has changed several times over that period. It was originally thought to be a good place for several mult-use fields. Then at one time, it was considered a spot for the 13th high school, now Gainesville High School. (A proposal that came from a developer, not Lawson nor county staff.)

After it was decided it would not be the location of the high school, a citizen meeting to discuss a repurpose for the property was held at Patriot High School on December 4, 2017.

Since then, Lawson and her staff attended several meetings in which the park was discussed the park. Those meetings were held May of 2018, then January, February, March and April of 2020, according to Brentsville Park Commissioner Erica Tredinnick.* The project was put on hold during the pandemic and has recently resumed.

According to Tredinnick, the cost for the park is $9,394,550, plus $185,000 for irrigation. However the county is not paying for the full amount. Dominion energy profered $2.5 million, which was granted an easement. A developer in Gainesville paid for the construction of the soccer fields. The property was proffered to the county from residential developers along Rollins Ford at no cost to the residents.

Traffic mitigations along Rollins Ford Road were not intended for park traffic, but nevertheless should make the road safer for visitors.  Due to serious car accidents along Rollins Ford Road and Estate Manor Drive and subsequent concerns by residents, the county installed a speed registering device near that community. VDOT and the county may install more traffic mitigating devices at the intersections of Estate Manor Drive and Braided Stream Drive, if necessary, Tredinnick said. Currently, the department continues to monitor speed and traffic on the road.

The county is considering removing the extension of Rollins Ford Road to Rollins Ford Road in Bristow near Jiffy Lube Live due to two data centers planned for each entrance, said Tredinnick. However, opeople will be able to travel along University Boulevard from points north once that road is extended.

Tredinnick thanked Supervisor Lawson for all of her work on the project, saying her office had a lot of input as did the Brentsville residents.

Brendon Hanifin Planning and Capital Projects Division Chief at Prince William County Parks & Recreation said Tredinnick was instrumental in the planning the design of the playground and praised her farm-theme: the overall concept and details. He said he believes the residents will be impressed.

Havifin notes that the images of the playground included in the article are subject to change.

*This article has been corrected to reflect Ms. Tredinnick's title as Brentsville Park Commissioner.

VDH To Close Some Vaccination and Testing Centers Monday, Others To Delay Opening Due to Weather

VDH To Close Some Vaccination and Testing Centers Monday, Others To Delay Opening Due to Weather