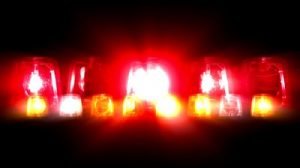 On Tuesday, December 10th, at 1:07 a.m. fire and rescue crews were dispatched to the 16000 block of Gaines Road (Haymarket) for a reported structure fire.

Upon arrival, crews observed a detached and occupied 2-story garage (converted into a residence) on fire and a victim in front of the building.

Fire and rescue crews began CPR on the victim who was transported from the scene to a local medical facility; however, the victim later died at the hospital. The rescuer sustained non-life-threatening injuries and was transported as well.

The building sustained extensive damage and declared a total loss; displacing two of its residents. The occupants in the nearby single-family dwelling were not displaced.

The Fire Marshal’s Office determined the cause of the fire to be careless smoking.

The adult will be identified once next of kin has been confirmed and notified. An autopsy will be conducted. The investigation is continuing.