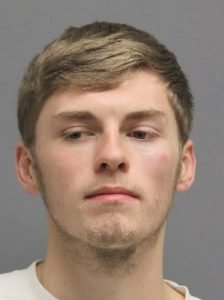 After arriving to assist his son who was involved in a car crash, Sunday, a Nokesville man struck one man with his car and shot another in the leg.

Prince William Police Officers responded to Flory Road in Nokesville, Oct. 18 at 10:26 p.m. to investigate a shooting that occurred following a car accident.

According to police, Evan Christopher Hill was driving a 2012 Chevrolet Camaro on the 10500 block of Flory Road. He had two female occupants in the car when he lost control of the vehicle and crashed into a ditch.

After the crash, two men, friends of the women, arrived to assist in the removing the vehicle from the ditch.

During the encounter, a physical altercation ensued between Evan Hill and one of the men, a 26-year-old. While the two men were fighting, Evan's father, Justin Donald Hill, arrived at the scene.  Justin Hill proceeded to drive his vehicle into the man fighting with his son.

After the victim was struck by the vehicle, the other man, a 23-year-old, confronted Justin Hill. In response Justin Hill brandished a handgun and shot the man in the leg.

All parties remained at the scene when officers arrived.

Both victims were transported to an area hospital for treatment of non-life threatening injures.

Officers learned that Evan Hill was intoxicated at the time of the crash, and subsequently they arrested him. Officers also arrested Justin Hill in connection to his actions. 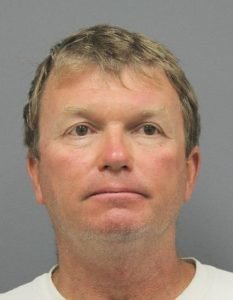 The two female occupants in the vehicle at the time of the crash, identified as a 23-year-old and 19-year-old, were not injured.

Justin Donald Hill, 51, of Fleetwood Drive in Nokesville was charged with 2 counts of malicious wounding. His court date is pending. Bond is unavailable.

Evan Christopher Hill, 19, of 12850 Fleetwood Drive in Nokesville was charged with driving under the influence. His court date is pending. Bond is unavailable.