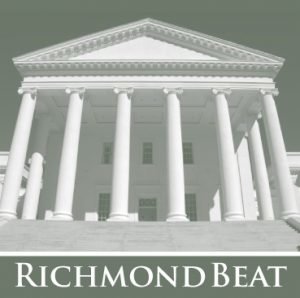 By the Virginia State Democratic Caucus

RICHMOND, Va.: The Virginia Senate has passed HB 2263 (Del. Mullin, D - Newport News) and SB 1165 (Sen. Surovell, D - Fairfax). These bills abolish the death penalty in Virginia, and head to the desk of Governor Ralph Northam for his signature.

If Northam signs the bill into law -as he is expected to do- it would make Virginia the first southern state to abolish the death penalty.

While Texas has executed the most people in the last 50 years, Oklahoma and Virginia come in second. Virginia Democrats feel such executions do not represent their values nor those of the majority of Virginians who elected them.

"With this historic legislative action, we have seized the opportunity to stand on the right side of history by abolishing the outdated, unjust punishment of the death penalty," Majority Leader Dick Saslaw said.

Lawmakers also look at whom they are executing.

“Virginia has executed a higher percentage of its disproportionately Black and Brown inmates on death row than any other state, and has executed more women and the youngest children than anywhere else in the country," said Caucus Chair Mamie Locke said. "With Governor Northam’s signature, Virginia can lead the way in starting a new chapter in justice.”

New Hampshire outlawed the death penalty in 2019 and Colorado in 2020 as political opinions have shifted.

“Virginia is joining 22 other states in abolishing the death penalty, after centuries of the immoral practice being unjustly applied to people of color, and sometimes, the innocent," said Vice Caucus Chair Scott Surovell, who represents parts of Prince William County. "As the patron of the bill this year and in years past, it’s been a long battle to get this far – but a worthwhile one, to see the Commonwealth now take steps forward after years of falling backward.”

Bristow Beat made small adaptions to the press release.