Recreational Marijuana Use to Be Legal in Virginia this Summer 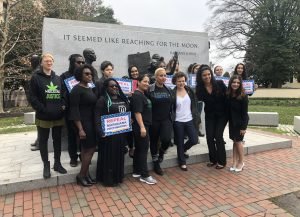 RICHMOND, Va. -- Virginia lawmakers signed off on amendments that make the possession of small amounts of recreational marijuana and homegrown plants legal in the state this July as opposed to 2024.

The group has worked to legalize the use and possession of marijuana for the past two years but said more work must be done.

Gov. Ralph Northam proposed changes to House Bill 2312 and Senate Bill 1406, which passed earlier this year during the Virginia General Assembly’s special session. The House and Senate approved the changes Wednesday. The bills legalized marijuana possession and sales by Jan. 1, 2024, but marijuana legalization advocates and Democratic lawmakers lobbied to push up the date for recreational possession.

Adults 21 years of age or older will be able to legally possess up to 1 ounce of marijuana if they don’t intend to distribute the substance. Marijuana cannot be used in public or while driving, lawmakers said. Virginia decriminalized marijuana last year and reduced possession penalties to a $25 civil penalty and no jail time for amounts up to an ounce. In the past, possessing up to half an ounce could lead to a $500 fine and 30 days in jail.

Individuals can also cultivate up to four cannabis plants without legal repercussion beginning July 1, with punishments ranging from misdemeanors to jail time if over the limit. The plants would need to be labeled with identification information, out of sight from public view, and out of range of people under the age of 21. Marijuana retail sales still do not begin until 2024.

The amendments passed along party lines in both chambers. Lt. Gov. Justin Fairfax, a Democrat, cast the tie-breaking vote in the Senate. Two Senate Republicans last week stated their support of the amendments, but voted no Wednesday. Sen. Chap Petersen, D-Fairfax, voted no. The vote was 53-44 in the House, with two abstentions. Del. David Bulova, D-Fairfax, voted no. Del. Vivian Watts, D-Annandale, did not vote.

“This is an historic milestone for racial justice and civil rights, following years of campaigning from advocates and community groups and a strong push by the Virginia Legislative Black Caucus,” Marijuana Justice stated in a press release when the amendments were announced.

“Waiting until 2024 to legalize simple possession and therefore stop the desperate policing is allowing this continued bias enforcement against Black Virginians to continue for three years,” Wise said.

“The figures show that it is much more common for a Black or Brown person to be charged with possession,” Kory said.

A state study released last year found that from 2010 to 2019 the average arrest rate of Black Virginians for marijuana possession was more than three times higher than that of white residents for the same crime—6.3 per 1,000 Black individuals and 1.8 per white people. This is despite the fact that Black Virginians use marijuana at similar rates as white residents. The conviction rate was also higher for Black individuals. Northam stated that people of color were still disproportionately cited for possession even after marijuana was decriminalized.

The legislation establishes the Virginia Cannabis Control Authority as the regulatory structure for the manufacture and retail sale of marijuana and marijuana products.

The governor’s amendments called for the Virginia Cannabis Control Authority to revoke a company’s business license if it interfered with union organizing efforts; failed to pay a prevailing wage as defined by the U.S. Department of Labor; or classified more than 10% of employees as independent contractors. This part garnered heavy opposition. The amendments are the first attempt to dismantle the commonwealth’s right to work laws, Republicans said. However, lawmakers pointed out that several provisions of the bill are subject to reenactment in the 2022 General Assembly session.

Northam’s amendments called for public health education. The amendments will fund a public awareness campaign on the health and safety risks of marijuana. Law enforcement officers will be trained to recognize and prevent drugged driving with the latest amendments. Legislators approved budget amendments to help fund the initiatives.

Legislators spoke in favor of the governor’s educational campaign. Others worried about an increase of drugged driving. Sen. Bill DeSteph, R-Virginia Beach, said that law enforcement will not have time to prepare how to identify drugged driving. He cited a study that found 70% of marijuana users surveyed in Colorado said they drive while under the influence of marijuana.

“I think this is another time where we are putting political expediency, political agenda over what is right for the safety and security of our citizens,” DeSteph said.

The law will also allow individuals convicted with marijuana offenses to have a hearing before the court that originally sentenced them, Virginia NORML, a group that seeks to reform the state’s marijuana laws, stated in a post. That portion of the bill must be reenacted in 2022, the organization stated.

“We are sending a message to our kids that it is okay to do drugs in Virginia now,” said Sen. Amanda Chase, R-Chesterfield. “As a mom of four young adults I don’t like that message. I think it is selfish. I think it is reckless, and I think it is irresponsible.”

Sen. Janet Howell, D-Fairfax, said later that “the kids are already smoking marijuana.” She called it “a non-starter of an argument against the bill.”

Howell, a parent of two, spoke in favor of passing the bill.

“If we have to wait another three years, I will be in my 80s before I can do legally what I was doing illegally in my 20s.”

Capital News Service is a program of Virginia Commonwealth University's Robertson School of Media and Culture. Students in the program provide state government coverage for a variety of media outlets in Virginia. Bristow Beat Original Content  Bristow Beat Zoom interview with Nick Kovacevich  Nick Kovacevich is the CEO of Kush Holdings and a Forbes Contributor   https://www.youtube.com/watch?v=FM1cvtiymDU

OmniRide Encourages Residents to Bike to Work on May 20

Planning on Opening a Farm Stand?