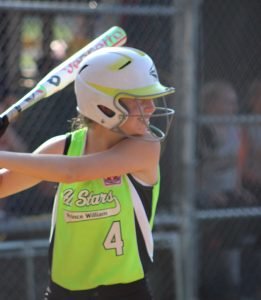 Cheyenne Davidson prepares to take a swing.
The Prince William County Girls Softball Little League Majors All Stars team returned home stronger after competing in the 2017 Virginia State Softball Little League Tournament. They were one of 12 league teams statewide who played in the tournament that began July 13 in McLean. The PWCGSLL Majors All Stars team faced off against two of the four best teams in the tournament. After losing three games, they were unable to progress. However, according to their coaches, the girls remained grateful for having had the opportunity to improve their play and compete on the next level. The Majors All Stars team was composed of the the league’s best players in 11-12 age group. Most of the girls reside in Western Prince William and the league plays at Tyler Field in Gainesville. Leon Davidson served as team manager. During the regular season, he coached the nearly undefeated Majors Flash. All Stars coaches Steve Keating and Ed Gottfried coached the Inferno, who defeated the Flash in the league championship on June 16. The highlight of the tournament for the Prince William team was an in the park home run by Sophie Aram.“The crowd went wild,” said Davidson, describing the hit as “perfectly placed,” landing on the left field back fence. Although, the Prince William team did not progress, Davidson noted the real victory was in the great strides they made during the post-season and how they came together as a team. During the three weeks of the postseason, the coaches focused on conditioning and engaging the girls in a higher-level of play. Davidson witnessed dramatic results. “They ran hard and worked their tails off. Every single one of them improved their times. We saw them faster; they were less winded.” Playing in the post-season the girls were required to practice three to four hours every weekday. Their families sacrificed too, in many cases, putting off summer vacation plans to prioritize their girls' practices. Davidson believes the experience was invaluable to the athletes. They learned dedication and teamwork, while improved upon their skills set. They also got to learn more about Virginia without ever leaving the D.C. metro area. “They got to see the other cultures of Virginia, because it is such a big diverse state,” said Davidson. He noted some teams came from as far as the Tennessee and Kentucky borders “from all different backgrounds and walks of life.” Some came from small towns where much of their community had gotten caught up in softball fever and treated the girls like celebrities. 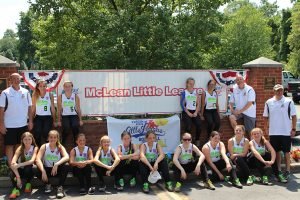 Prince William County Girls Softball League All Star Team, 2017 Virginia State Championship in McLean.
Front Row L-R: Cheyenne Davidson, Lilli McDermott, Mia Gottfried, Ella Roark, Megan Keating, Alyssa Brady, Izzy Heaney, Sarah Brown, Amanda Toll, Sarah Jones, Ed Gottfried; Back Row L-R: Steve Keating, Sophie Aram, Miranda Rauh, Abby Shiflett, Sage Viar, Leon Davidson.[/caption] Although the Prince William All Stars fell short of victory, Davidson said the girls were happy to have come so far. “They were all smiles. Even after their third loss, they were smiling and excited,” said Davidson. “They still competed hard the entire time. They didn’t give up the entire game.” Every year, the Prince William Girls Softball League receives greater support from the community and Prince William Parks and Recreation, which has made improvements to their fields. “We’ve had great support from the local community, we wouldn’t be able to do this without the league support,” he said. He hopes that Prince William Softball league will continue to expand across the county. “We’re a new league. Eventually we would love to grow.” The PWCGLL Juniors, age 13-14 also played in the state tournament. Their tournament was held in Woodstock, Virginia, July 6. Virginia is considered one of the more competitive states for little league softball. 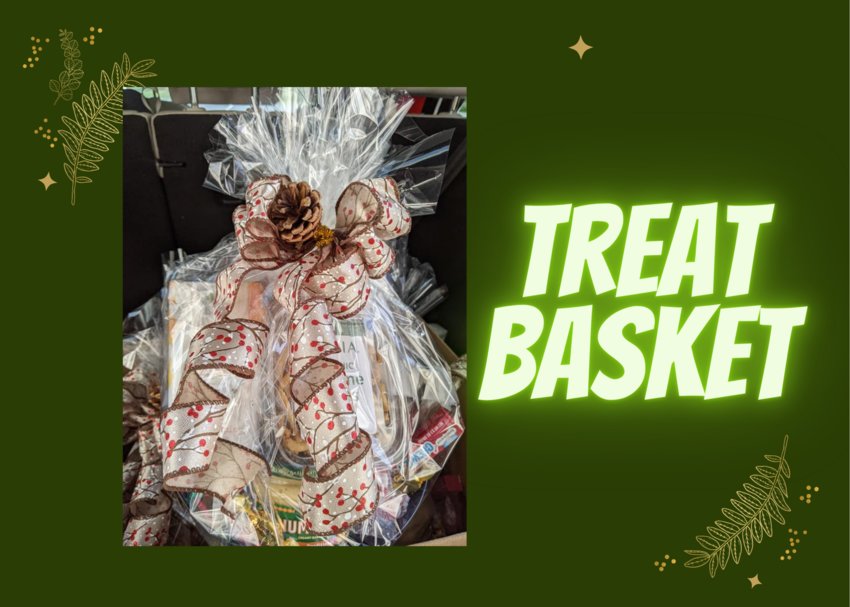