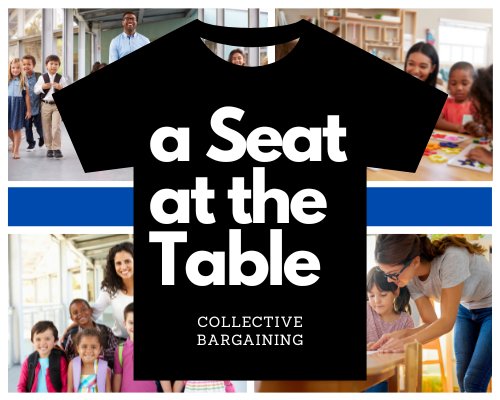 The draft will include licensed salaried teachers. Other employees may be included following further investigation. The board can approve or deny the agreement, or make changes as it sees fit. This would happen during the 2022-23 school year.

The school board considered the resolution after the PWEA presented 5,000 employee signatures, demonstrating most of their licensed teachers desire collective bargaining. The school division has since verified those signatures.

The vote comes during a national and local teacher shortage. It also comes at a time when a call for more parental involvement in schools has become a rallying cry for Republicans.

Educators did not make salaries their biggest reason for collective bargaining, as the board granted them a 7% raise. They want to address a mirid of issues such as health and safety and their professional development.

Thirty-five states in the U.S. have collective bargaining agreements for their educators with southeastern states being the outliers.

“This is the national norm is what is owed and deserved,” said Maggie Hansford, Prince William Education Association President. “We can’t put students first if we continue to struggle to maintain teachers for our classrooms.” She asked board members to vote “in the best interest of our students and our staff.”

Board members said they will support collective bargaining to support, retain and attract teachers. They cited that all the top states in academics, the top three being New Jersey, Massachusetts, and Connecticut, have long histories of strong unions, demonstrating that teacher input benefits everyone. No non-collective bargaining state outranks Virginia in academic achievement, and Virginia is the best performing non-union state.

But Wall said the deliberation process would make school board processes adversarial rather than cooperative. Additionally, the state has provided no funding for collective bargaining.

The teachers who came to the school board meeting to advocate for collective bargaining argued that teachers are simply asking for “a seat at the table.” They explained that they are experiencing a dire teacher shortage in the division and the nation.

They also want to protect themselves from school boards that may be less supportive of educators.

“Veteran teachers like myself who missed steps, met at the flagpole [after school to protest] and had our contracts extended by 30 minutes every day, lost our planning time or our lunch, worked so hard to transition to virtual during the pandemic,” said Stephanie Evers. “But it goes beyond just myself, we really do have amazing people at Prince William County Schools.”

Justin Wilk, the school board representative from the Potomac District, spoke most strongly in favor of the resolution.

PWCS needs to hire thousands of new teachers, but they don’t exist “They’re not on the job portal. Many veterans seek early retirement or young teachers flee the field.” He cites polls from publications, including Ed Weekly, that say that ¼ of teachers are considering leaving their jobs in the next few years.

When teachers have input on issues such as class sizes and professional development, students benefit, he argued.  He noted that many ‘red’ states have collective bargaining power, so it is not a partisan issue.

“Some say collective bargaining will allow the teachers to shut down the school system. False. Virginia Commonwealth does not allow strikes. It is illegal,” Wilk said.

Wilk said both his parents belonged to labor unions, which greatly benefited his family.

Wilk said they should also increase parent participation in their schools. They could add more advisory councils to invite more parents to the table.

Lillie Jessie (Occoquan) said she believes in collective bargaining because she is an advocate for teachers. She said they will be stronger when they give teachers get more input on school initiatives and professional development.

Adele Jackson (Brentsville) noted that the school board still has final governance, but this help will ensure the teachers are heard. “We would not have schools without teachers. This is the first step and I vote yes,” she said.

Loree Williams (Woodbridge) said they should “maximize” the voices of their educators and employees.

Chairman Babur Lateef noted how he has always been extremely pro-teacher and wants to give teachers a seat at the table.

“My record of advocating for teachers has been unrivaled by any other past school board or neighboring school board. Our teachers have seen record raises,” he said. “No other school board [in Virginia] has achieved what we’ve been able to receive in the last four years.”

But Wall warned of the dangers of collective bargaining, saying, “by its nature adversarial," and would “fundamentally change the relationship between our workforce and the division.”

She would prefer they “meet and confer,” with teachers without formal deliberations led by an association, that does not “represent a majority of our workforce,” neither in numbers nor she believes, in viewpoint.

“A significant number of employees have watched from the sidelines as the association has waged its campaign. Many employees do not feel represented. They do not like this dance and the tactics they have seen. They do not dare express their thoughts nor feelings for fear of reprisal both personally and professionally,” she said. “I stand with those employees who fear giving more power to those who disrespect and malign those who do not agree with them.”

She also said that people should understand that collective bargaining does not mean teachers get whatever they want. There are still budget limitations.

“Regardless of the vote tonight, I highlight the need for civility and fair-minded representation going forward. Engage in a thoughtful way,” she said.