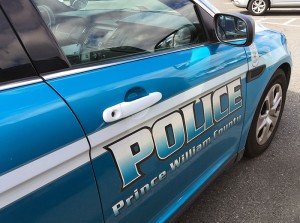 Prince William Police are investigating a shooting that injured a 16-year-old boy in the Manassas area of the county.

Prince William County Police Officers responded to the Westgate Apartments located in the 8000 block of Ashland Avenue in Manassas, Nov. 4 at 7:34 p.m., to investigate a shots fired call.

Upon arrival, officers located a 16-year-old male juvenile laying in the intersection of Portsmouth Road and Portwood Turn, suffering from gunshot wounds.

"Officers utilized department-issued trauma kits to provide first aid to the juvenile until rescue personnel arrived on scene," said police spokeswoman, Officer Renee Carr. "The juvenile was flown to an area hospital with serious injuries where he is expected to survive."

The investigation revealed that a possible altercation occurred in the above area resulting in the juvenile being shot.

Officers and a police K-9 searched the area for any other parties involved. During a canvass of the area, officers located shell casings and a parked vehicle on Portsmouth Road with damage consistent with being struck by projectiles.

No additional injuries were reported.

Detectives with the Violent Crimes Bureau are actively investigating this incident to determine what led up to the shooting.

This incident does not appear to be random. There is no suspect information at this time. The investigation continues.

Anyone with information regarding the incidents listed in this report is asked to contact the Prince William County Police Department tipline at 703.792.7000 or submit a webtip to: www.pwcgov.org/policetip.