Get Out Series: Stay Warm in Winter at Local Breweries 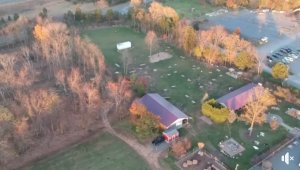 The Farm Brewery at Broad Run has a beautiful outdoor farm that patrons can enjoy.

Winter is coming! That phrase can strike fear in anyone, but especially when COVID-19 restrictions and health concerns are on our minds.

However, don’t despair. Local businesses have gone out of the way to make their establishments clean, warm and hospitable during the cold weather.

Take breweries for instance; this year, local breweries have gone above and beyond so that guests can social distance, drink and keep warm! They have also added features that will make the breweries winter destinations for years to come. 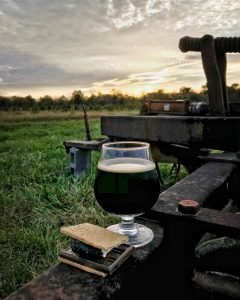 Enjoy S'mores on the fire pit at Cedar Run Brewery.

Cedar Run Brewery located on Evergreen Acres in Nokesville is ideal for an evening of social distancing. There you can drink award-winning craft beer, pick out a Christmas tree and wander the farm with your drink of choice.

As the weather gets colder, Cedar Run is making sure people stay warm on their grounds. The brewery has fire pits and has added a plastic surround for the patio to create “greenhouse,” effect. Cedar Run is also selling heavy blankets, hoodies and s’mores kits.

Beer Recommendation: Try Goats in the House. It won Golf for Craft Pilsner and Silver Best in Show out of a field of 90 breweries in the Virginia Beer Cup. “This is a well-deserved testament to the hard work and creativity of our brewer, Matt Ryan,” said owner Jean Gehlsen. 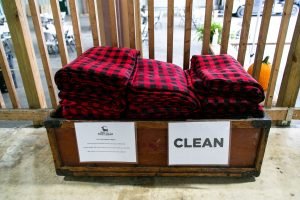 Old Busthead Brewery is known for its distribution of regional craft beers, At its taproom in the Vint Hill area of Warrenton, guests can order off the entire Old Busthead menu. This year, the folks at Old Busthead have even found an environmentally-friendly way to keep their guests warm outside during the winter months.

“We’ve made a big investment in these really awesome weighted blankets,” said Julie Broaddus, owner and managing partner. “They are super warm and just make you feel incredibly snuggly.” The blankets are covered with duvets that will be washed after every use, making them safe for public use.

Beer Recommendation: Try the Vixen Irish Red, which won the Bronze Medal in the Irish Red beer-style category at the Great American Beer Festival. “We’re excited about that!” said Broaddus. 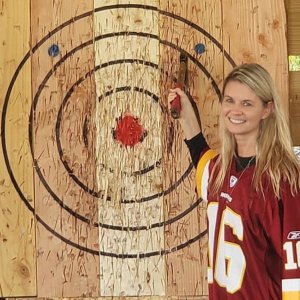 Axe throwing is an exciting new activity at The Farm Brewery at Broad Run in Haymarket.

The Farm Brewery at Broad Run is located on a 30-acre Haymarket farm that has a heated patio and large taproom that can seat 250 guests; it is currently seating 100.

The most exciting attraction at The Farm Brewery is its 12 axe throwing lanes situated outside under a covered overhang. “It has become a big thing. People love it," said marketing spokeswoman Angie Morales. "It’s a great way to do something outdoors and to do something fun."

Throughout spring and summer, the Farm Brewery features live performances on its outdoor stage. As the gradually gets colder, the Farm Brewery has returned to hosting entertainment indoors. “We’re going to try to go as long as we can, because we have the space to be able to socially distance everyone,” Morales said. 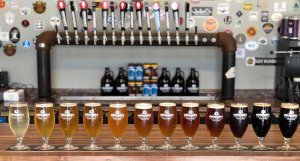 Inside the Ornery Beer Company Taproom in Bristow

Ornery has full-service restaurant and brewery in Fairfax City. Last October, Ornery Beer Company opened its taproom next to its production brewery near Jiffy Lube Live in Bristow.

The taproom has dozen tables, all 6-10 feet apart, and outdoor picnic tables. For winter, Ornery is adding three fire pits out back along with Adirondack-style chairs. “We do have a comforting atmosphere without having to drive too far,” said owner Randy Barnette, who notes Ornery is open seven day a week.

Take a growler home for dinner! Ornery crafts its beers to pair well with food, for instance their Pacific Waves IPA, which balanced maltiness with a citrusy hope bitterness.

“Our Lord Vader is a BIG stout, coming in around 10% ABV with notes of roasted malt, coffee, and molasses,"said Barnette. "We will be aging a portion of Lord Vader in Bowman Distillery Whiskey Barrels."

This is a business feature and not a paid sponsorship.