Flushing It Out: Breaking Up with Yourself 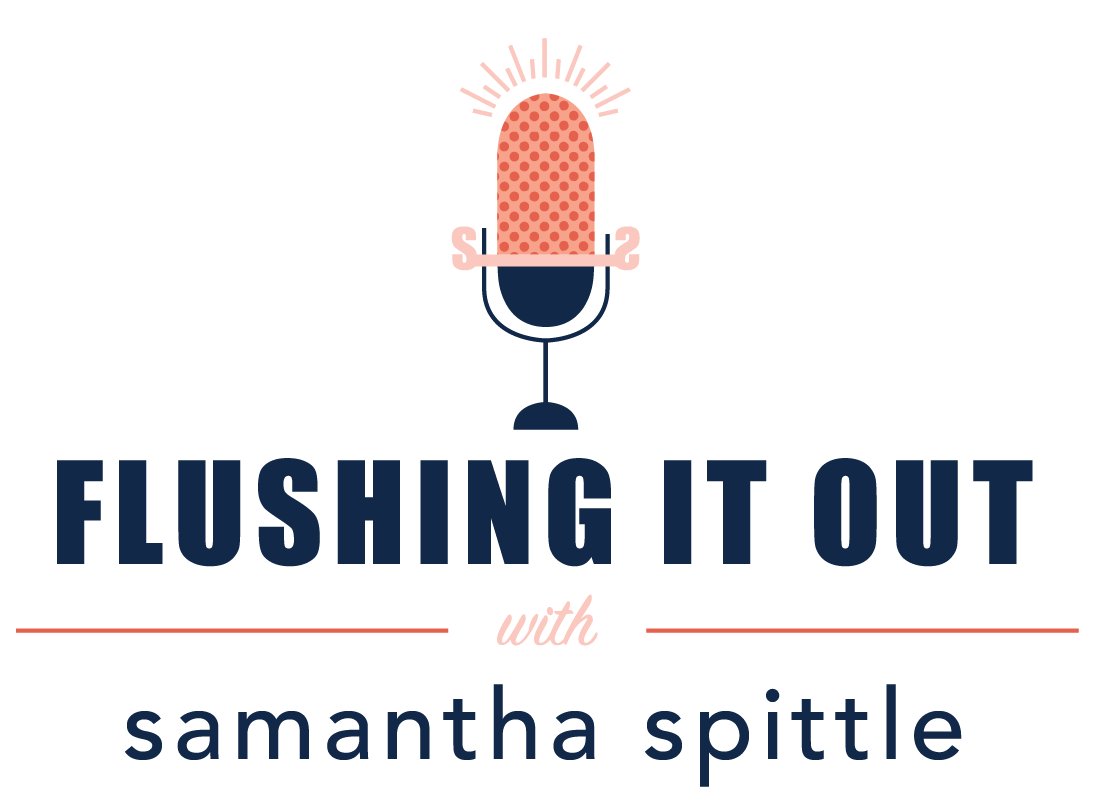 "We talk to people so you don't have to...for now."”
Samantha Spittle
Samantha & Jeremy Spittle

Breaking Up With Yourself

This week, Samantha talks with DeDee Cai, owner of coaching and consulting company Fit To Profit. DeDee helps business owners create the right mindset. She says that 80% of business is mindset and 20% is strategy. We are the driver behind our businesses.

DeDee loves working with moms who are business owners and helping them manage owning a business and having a family and has a passion for financial independence for women.

For DeDee, her journey started when she was graduating from college. She questioned the typical path women are “supposed” to take. When she graduated college as a psychology major, she decided that becoming a psychologist wasn’t necessarily for her. She didn’t know what she wanted, but she knew she didn’t want to simply “follow the steps.” So, she tried out many different jobs, but what she discovered was that none of them felt like the right fit for her.

Looking back, she understands that everything happens for a reason. For her, it was her parent’s divorce that made her face new choices and challenges. She and her mom opened a restaurant together and even though it did really well, she still had to ask herself “is this it?” The answer was ‘no.’ Her new job, as successful as it was, took up too much time and was causing stress in her life. To de-stress, she eventually ended up finding yoga. Through yoga, she felt more alive and incredible for the first time. She didn’t know how it worked on her, but she needed to figure it out. She took yoga training and was learning not just how to teach yoga, but was also learning so much about herself.

Eventually, she realized she needed to “break up with herself.” The way she treated herself wasn’t acceptable anymore and she had a realization that "she wasn’t who she was." For the first time, she was beginning to accept that certain things were a part of her and that she had the power to overcome them. Her yoga practice started and she was studying health and wellness and expressing who she was. This was the moment she discovered coaching and finally discovered what she wanted to do.

She was still busy, though, and wasn’t paying attention to the voice that was in the back of her mind telling her that she needed to start a coaching business. Then, she lost her best friend to suicide at the same time as her own wedding. Three days before her wedding, she was attending a funeral for her best friend. It was this moment in her life that solidified in her mind that she was going to start her coaching business. Her friend had suffered with depression just like she did, but now she realized that she didn’t have to suffer the same fate and she didn’t want anybody else to suffer the same fate, either. This became her responsibility and mission. This is the way she honors the memory of her friend.

It was only when she was willing to bring light to the dark and take her power back that she was able to "break up with herself" and find what she had always been seeking. That’s when she decided that things didn’t have to be the way they were.

To find out more about DeDee Cai and her coaching business, visit:

DeDee is also working on a book: "The Overcomer" - stories from entrepreneurs about overcoming challenges

Flushing It Out by Samantha Spittle 'The Little Tasks'